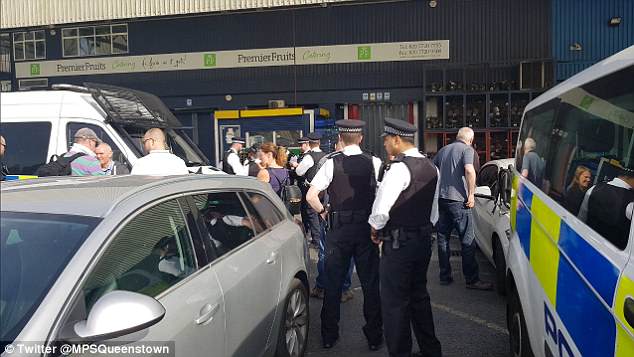 Last week I blogged about a visit I made to Nine Elms Sunday Market. The large police presence and the seizure of counterfeit goods caught my eye. Tipped off by plod, the Mail ran with the story later in the week.

Viagra always makes a great subject as it allows papers like the Mail to be slightly prurient and indulge in a spot of innuendo. Viagra: Raising more than suspicion!

But even the mighty Daily Mail no longer employs the number of journalists it did, so no reporter will have been sent to cover the story. The facts came from Queenstown Police and the story will have been written by a hack back at their HQ in Kensington.

But, here’s the problem, with a story like this you need quotes from punters.

So, a witness at the scene apparently told the Mail: ‘Someone could have bought that perfume and it could (have) caused harm to someone’s skin, but if it was something taken orally like medication it could have had catastrophic events’. Trust me no one, and I mean no one, talks like that down Nine Elms. Taken orally? Give over.

And this: But one shopper said counterfeit goods were ‘rife at stall after stall’. No one in the history of the world has used the word ‘rife’ at New Covent Garden.

You don’t think the Mail made up these quotes, do you? Perish the thought.